Broadway Upstate was founded in the spring of 2012. The vision was to create a theatre company for children in the Adirondack area that provided a learning environment as well as a performing experience putting on professional level musical theatre productions.

The company’s inaugural production was Jonathan Larson’s Rent which played at the Hudson River Music Hall’s brand new Black Box Theater in July of 2012. The musical was a huge success, playing to sold out crowds at every single performance. Broadway Upstate‘s first youth production, Charlotte’s Web – The Musical, which was staged by the late Fran Williams, also did exceedingly well, filling the recently closed Sanford Street School’s gymnasium.

The following year, Broadway Upstate began co-producing a string of family friendly musicals with the Charles R. Wood Theater. Many of those productions have broken records by selling out entire runs.

Rachel J. Seebode was born and raised on the east end of Long Island. Her love for dance and the theater was very apparent at an early age. Rachel began studying dance at the age of 5 and was in her first musical at the age of 9. The stage felt like home to young Rachel and she lit up whenever she stepped foot on any stage. Rachel went on to study theater and dance at the University of Buffalo earning her BA in theater and dance in May of 2000. After graduation Rachel moved to the city to jump on as many auditions as she could. Rachel’s highlight from her days living in the city was performing at the off Broadway venue, The Duplex Cabaret Theatre in Greenwich Village. She was also lucky to be able to perform on Spirit Cruise lines while living in the city.

Rachel’s career took her up and down the east coast performing, choreographing, & teaching. Rachel’s favorite roles have been Rosalia in “West Side Story” , Betty Blake in “Will Rogers Follies” and Cha Cha in “Grease”. Rachel continues to share her love for theater and dance with the next generation of artist as she is the Executive Director of the Broadway Upstate School of Performing Arts.

Rachel is  a proud member of
SAG AFTRA. She resides in the beautiful Adirondacks with her husband Keith and daughters, Gabriella Rae and Savannah Joan. 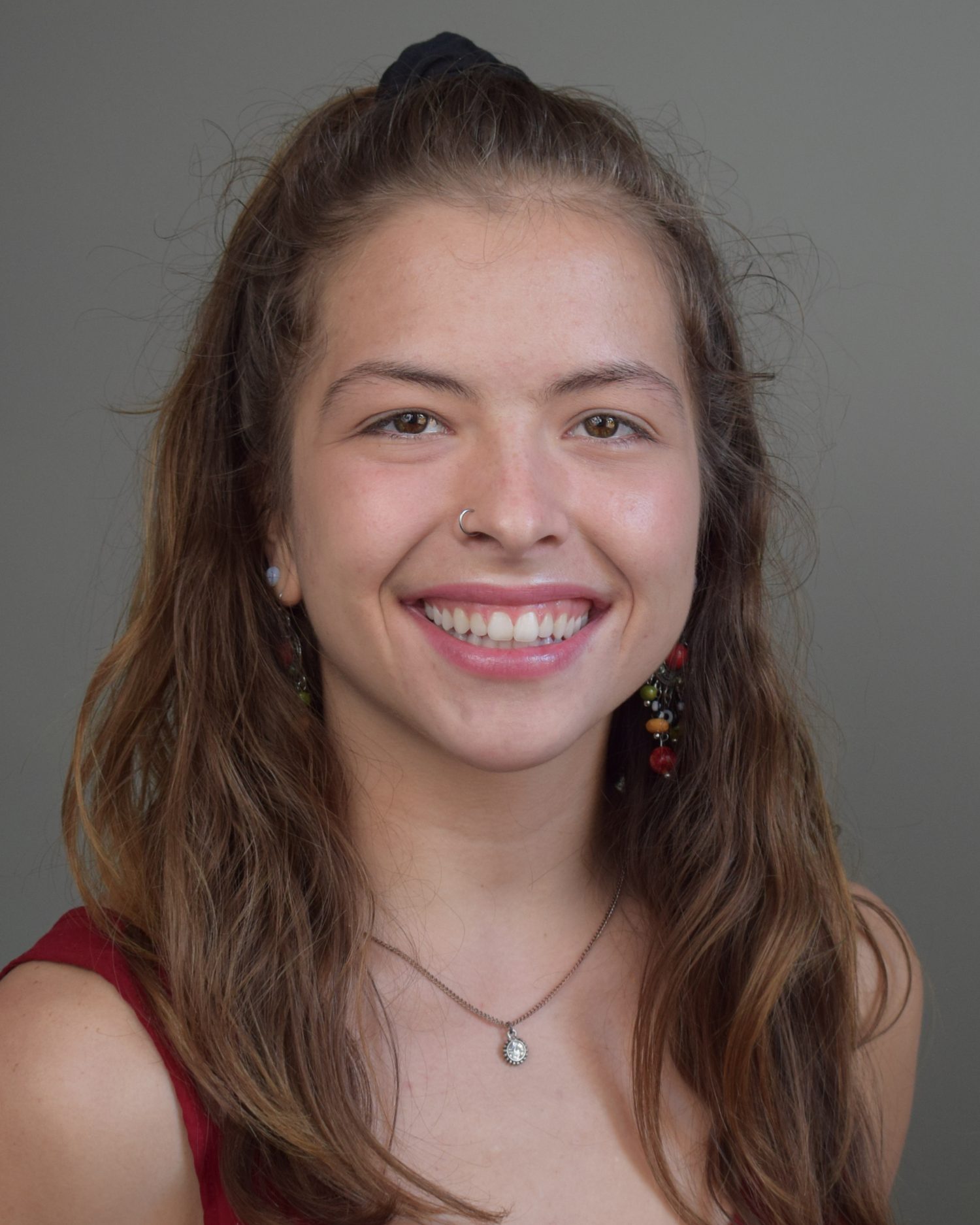 Grace Harris is a passionate teacher and performer who has been enjoying ballet, jazz and acrobatics since she was four years old. She began her dance journey at the Glens falls ymca where she took ballet and tumbling tots. At age seven Grace began to dance at the Dance Center of Queensbury with a primary focus in ballet. While at this studio she completed levels 1-3 of the Cecchetti Council of America’s ballet examinations. Grace was accepted to dance with Joffrey Ballet School in 2014 where she spent the summer in the city dancing and learning from instructors from all over the world. Grace danced on Reality Dance Studio’s competitive dance team for 4 years earning many medals and even more amazing dance memories. This year she is very excited to be working with amazing local studios and will be working on obtaining a degree in business and studio art from Suny Adirondack college. 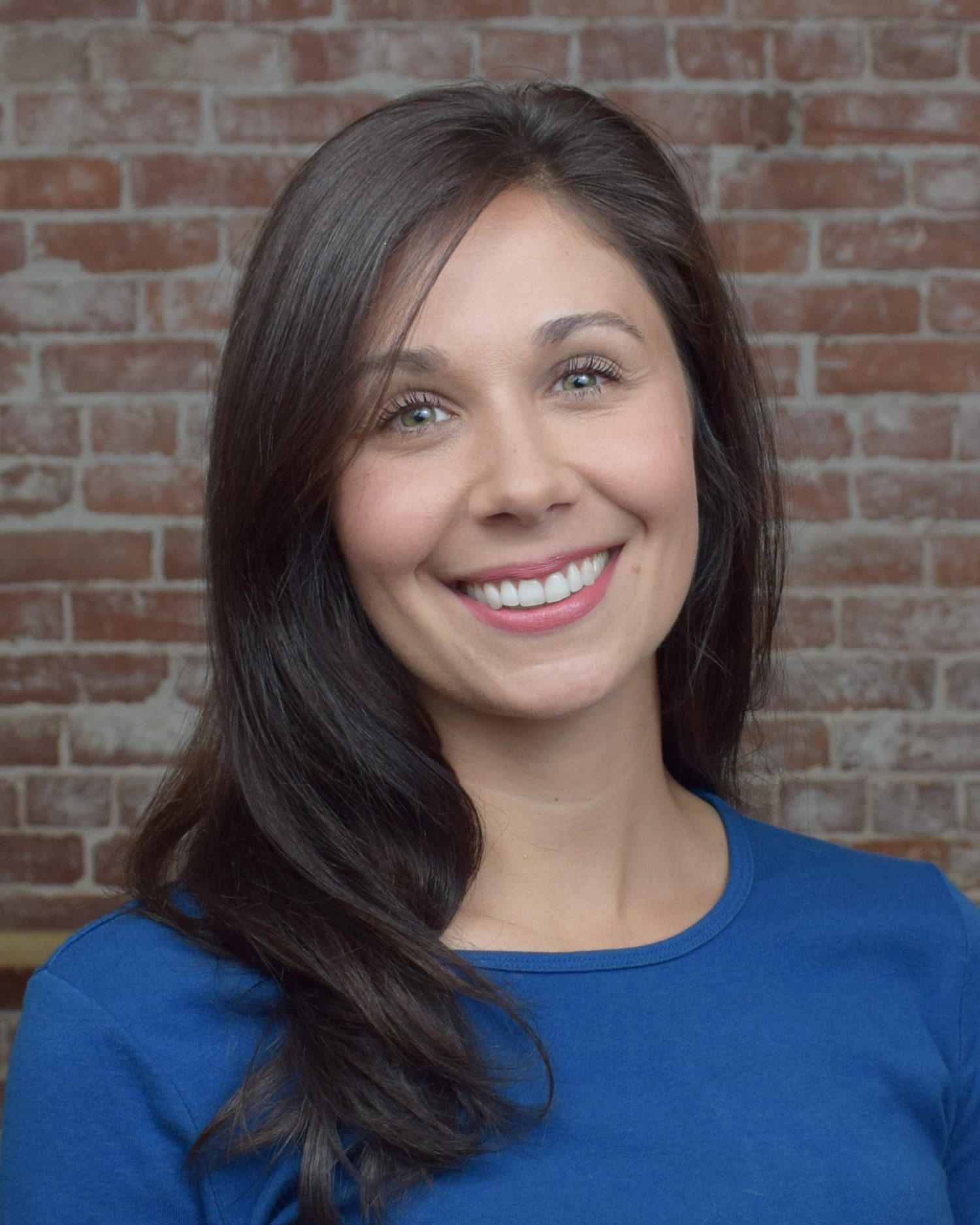 Lisa currently resides in Queensbury with her husband Drew and their two children, Ryan and Ava.  Along with teaching dance, she teaches a 4th/5th grade special education classroom at Queensbury School.  She feels fortunate to work with children with special needs and says that her students bring a smile to her face each and every day.  She is also involved with the Tri-County United Way.  Doing service work is something that is very important to Lisa and she tries to do as much as her schedule will allow.  Lisa grew up in Queensbury and trained at ARDT with artistic director Pamara Perry, whom she credits for encouraging her to follow her passion and to always give 100%.  When Lisa graduated high school, she moved to NYC to pursue her education at NYU and train in dance.  While there she studied at Alvin Ailey and Broadway Dance Center.  She had the privilege of working with the great ballet masters Dorit Koppel and Natalya Stavro.  She also trained under the direction of Jermaine Browne, Luam, Keflezgy, Chio Yamada, Rhapsody James, AmountBoyz, and many other great hip hop talents.  While in NYC, she discovered her interest in choreographing and was able to do so for various dance groups at NYU, including the Student Korean Association.  Lisa also had the privilege to work with Shawnette Heard, Janet Jackson’s video director, and had the opportunity to open for Ludacris and Simple Plan back in 2005 at Parkfest.  Since being back in her hometown, she has choreographed for Saratoga Spa Catholic and Queensbury’s high school musical productions, as well as Broadway Upstate.  She is also a club advisor for dance club at the Queensbury Intermediate School.  She feels very fortunate to be at Broadway Upstate to share her passion and hopes to ignite the love for dance in others.  Her favorite quote: “Dancing with the feet is one thing, but dancing with the heart is another.” 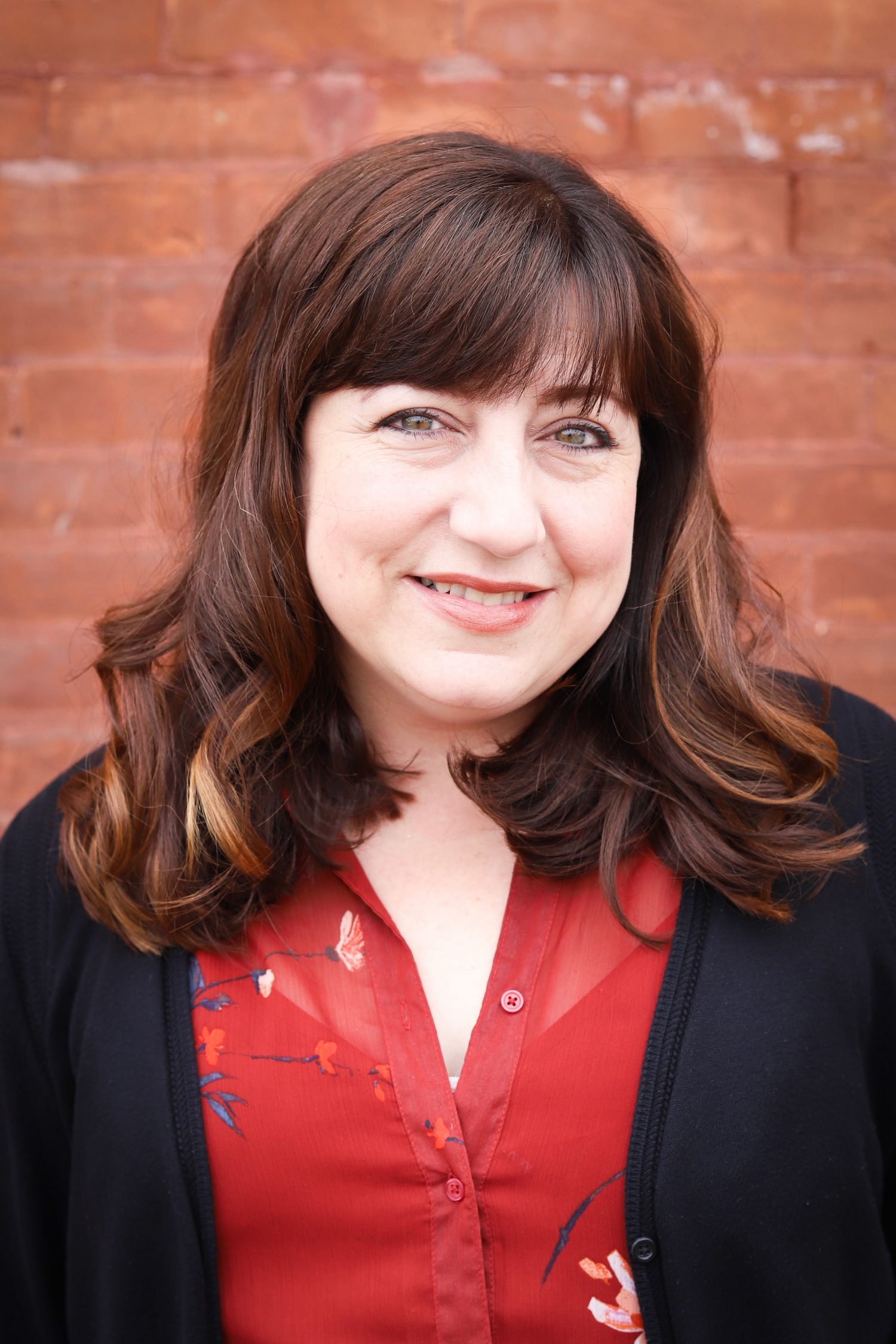 Tina Masercola Hayes teaches beginner and advanced-beginner Musical Theater classes as well as teaching Tribal Fusion Belly Dance classes, has a passion for performance and the arts.  Tina is a teacher from Oliver W Winch Middle School, in SGFCSD. Tina is currently on the board for Broadway Upstate (BU) and has been a Choreographer, in Stage and Production Manager roles for BU.  In addition, she has been Drama Club director & choreographer in SGFCSD elementary schools and now Oliver W. Winch Middle School. Tina has performed with Glens Falls Community Theater in A Bad Year for Tomatoes and I Love You, You’re Perfect Now Change. She just recently was Customer, Choreographer and Assistant Director for  U R Here, a play produced by Toni Sommo and The Wood Theater. Finally, Tina performs as a belly dancer with Miss Tina’s Tribal Troupe & The Sundancers Community Belly Dancers.  Tina’s motto, “Enjoy the little things in life, because one day you will look back, and realize they were the big things.”

Heather Marie Hayes is a teacher and dancer and performer at Broadway Upstate School of Performing Arts. She is starting her 17th show with Broadway Upstate and has been in 21 shows all together. Heather has been a dance captain for 4 shows, most recently in Shrek The Musical. Heather has taken many dance classes and workshops in musical theater, tap, jazz, hip hop, ballet and Fosse. She is excited to teach students how to express themselves through dance and transfer that expression to the stage. 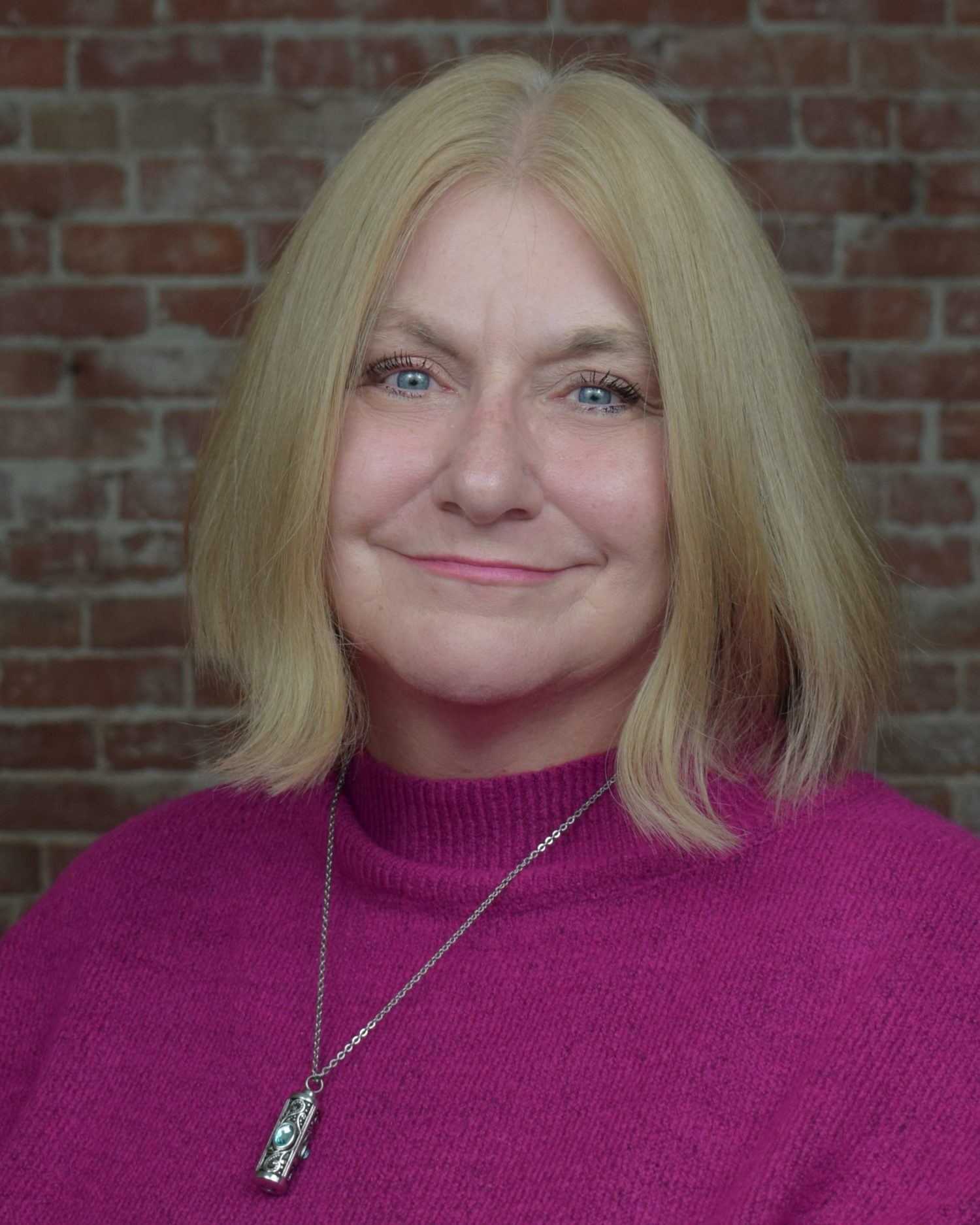 Tracey Wesley has cultivated a life-long passion for theatre, graduating in 1981 with a BA degree in Theatre Arts from Castleton State College (now Castleton University). She went on to study acting and voice in London, participating in workshops with the Royal Shakespeare Company. In recent years she took a summer acting course at the Gaiety School of Acting in Dublin, Ireland. Tracey is a classically trained soprano and has been a featured soloist with the Granville Area Chorus and Vermont Opera Theatre.

Tracey acted for many years prior to finding that her real passion was directing young people. Teamed with her techie husband Dave (BA, Visual Arts, Middlebury College) she developed an award-winning drama program during her 23 years at Long Trail School (LTS) in Dorset, Vermont. In addition to performing in Dorset, she and her husband have taken productions all over the state of Vermont with the Vermont State Drama Festival. She is a past president of the Vermont State Drama Council as well as being a member of the New England Drama Council.

Her productions have been nominated numerous times to perform at the Edinburgh Fringe Festival in Edinburgh, Scotland and she and her husband have had the pleasure of taking three productions to that audience.

She has mentored students in playwriting and they have taken first place in the Dorset Theatre Festival Young Playwrights Competition on several occasions. A group of her IB students collaborated during a class and wrote a play that was subsequently published.

Tracey has many former students who are working professionally in the theatre world today and she is excited to be a part of Broadway Upstate. 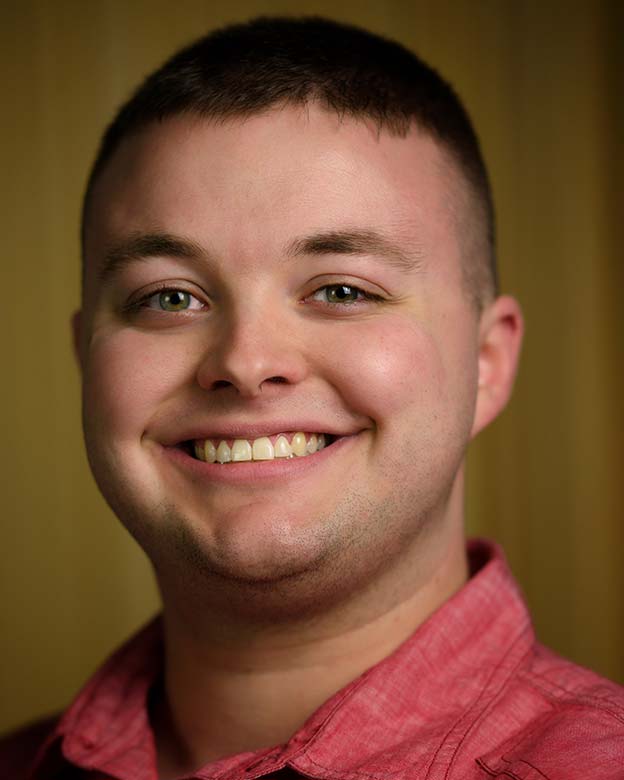 Matthew Gaulin is currently the Choral Director at Queensbury High School where he directs two curricular choirs and the Queensbury High School Madrigal Singers. He holds a B.M. in Music Education from the Crane School of Music with a concentration in Voice and Choral Music and an M.S. in Curriculum Development and Instructional Technology from SUNY Albany. He has performed as a tenor in various choirs including the Men’s Ensemble, Hosmer Singers, and Crane Chorus at the Crane School of Music, and Adirondack Voices in Glens Falls. In these choirs he had the opportunity to perform under the baton of Helmuth Rilling, Anne Howard Jones, and Simon Carrington in various concert halls including Lincoln Center. He also performs as a soloist in the Glens Falls area. Matthew is also the Music Director for Broadway Upstate; a theater troupe for young actors. Matthew is a graduate of Hudson Falls High School and still resides in Hudson Falls. 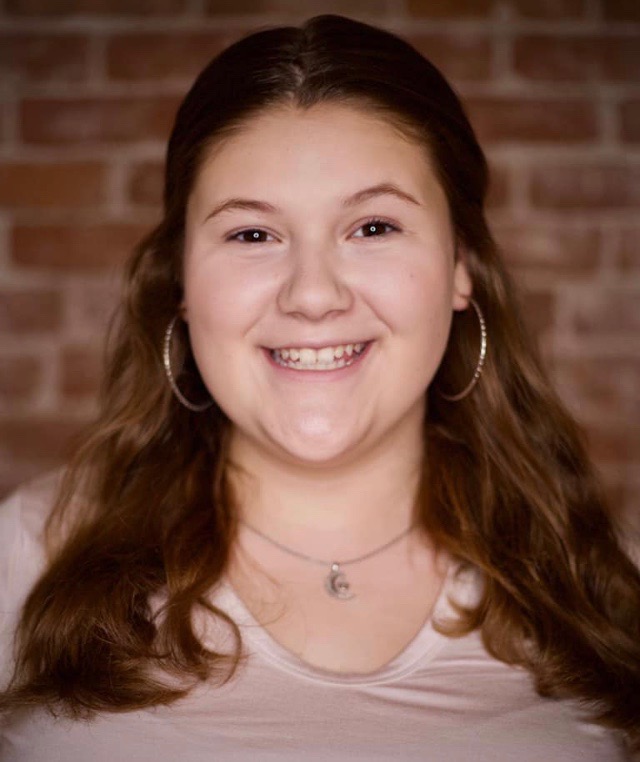 Gabriella R. Seebode is a singer, dancer and actress at broadway upstate school of performing arts. She has been in a total of 17 shows with Broadway Upstate. Some of Gabriella’s favorite roles have been the Genie in “Aladdin jr.” and Pumbaa in ”The Lion King jr”. Gabriella has studied ballet, jazz, tap, musical theater, and hip hop. Gabriella is aspiring to go to school for special education and musical theater. She is so excited to be teaching this year.